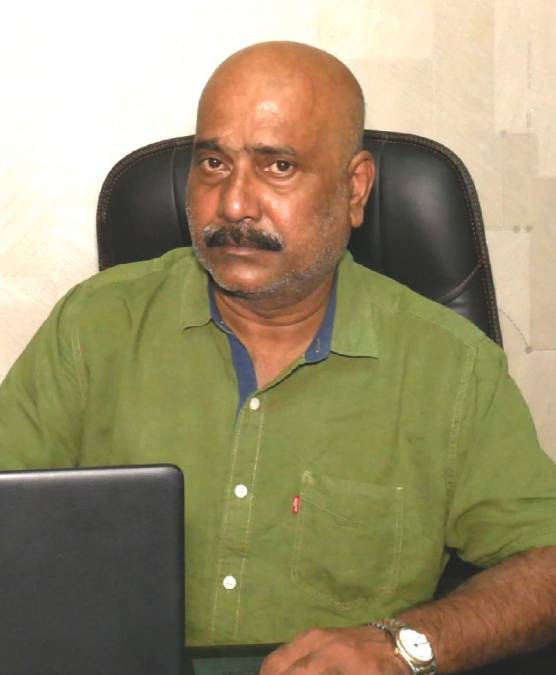 Making a mark in Manpower Consultancy

Mr. Madathil Nazeer, a native of Thalassery in Kannur District of Kerala, a successful business man in New Delhi for the past two decades. He is the Managing Director of Shana Enterprises, an Overseas Manpower Consultancy based in New Delhi. Mr. Nazeer’s skills in handling and managing people saw him select the field of manpower and human resources development as his area of expertise. This came handy in setting up his business in 2004 as a manpower consultant helping people land their dream jobs both in India and Abroad.

Born on June 24, 1960 to K.C. Hussain and Mrs Mimoonath, in Paral, Kodiyeri near Thalassery, Mr. Nazeer completed his studies in the district.

Learning the ropes from his father who was ran a restaurant in his home town, Mr. Nazeer started his business activities quite early in life. After passing his intermediate, at the age of 19 years, this go-getter entered the business field and started a venture in Kottayam district. Although his early ventures in the late 1990s were not too successful as a result of the shifting business climate in his home state of Kerala, Mr. Nazeer was not the one to give up easily on his dreams of making it big. Later that year, he shifted base to New Delhi.

To get an intimate knowledge about the market, Mr. Nazeer joined a firm as a consultant. It was at Sabha Enterprises that he honed his skills as a manpower consultant and familiarised himself with processes of stamping visas of various countries and attestation of certificates. Mr. Nazeer soon become quite adept in the tasks entrusted with him that he became the go-to person in New Delhi for those seeking employment visas to UAE, Kuwait, Saudi Arabia, Bahrain and Oman in the Middle East and Austria Australia and Canada.

Mr. Nazeer was able to set up good rapport with officials at the respective embassies who trusted him for his honesty and jovial demeanour. It was this zeal and love for his chosen field that stood him in good stead when he decided to set up his own manpower consulting agency in the Indian capital way back in 2004.

That was a time when the Indians economy was opening up and more and more skilled manpower was required in India as well as various other first world countries. Mr. Nazeer was able to tap these opportunities and along with the good relations that he had developed with the embassies of the various nations in the capital city, he was successful in placing much-needed skilled and semi-skilled people across the world through Shana Enterprises, his manpower consultancy.

Even as he provided the required manpower by zeroing in on the right candidates more often, Mr. Nazeer became quite renowned in the field that candidates often sought him out for his expert advice and to identify the right job and career opportunities in foreign lands.

Mr. Nazeer had close interactions with employers from the Gulf Cooperation Council nations and got thousands of successful visa stampings annually to his credit. In 2008, after proving his mettle in the field of manpower consultancy in the national capital, Mr. Nazeer decided to spread wings and started a branch of Shana Enterprises in Mavoor Road in Kozhikode and in Bara Bazar in Mumbai.

With his business in both these cities meeting with success, the businessman decided to test his luck in his home state and in 2011 he started a branch in Ravipuram, Kochi. Soon, this venture became a huge success and in 2017, Mr. Nazeer set up a branch in the capital of Kerala to serve the jobseekers from the southern tip of the state.

Shana Enterprises, which earned a reputation for successfully placing employees across a gamut of industries, credits the success to the more than 40-member staff who are skilled in dealing with jobseekers from various educational and social background.

Mr. Nazeer is well-known in the social and cultural scene of Delhi, especially among the Delhi Malayalis and is a member of Kerala Muslim Cultural Centre (KMCC).

Mr. Nazeer is married to Shaidha Nazeer and the couple has four children, three sons (Mr. Mohammed Nahal who has one child, Mr. Mohammed Nishal and Master Mohammed Bin Nazeer) and one daughter Ms. Shenziya Nazeer who got married and has two children.