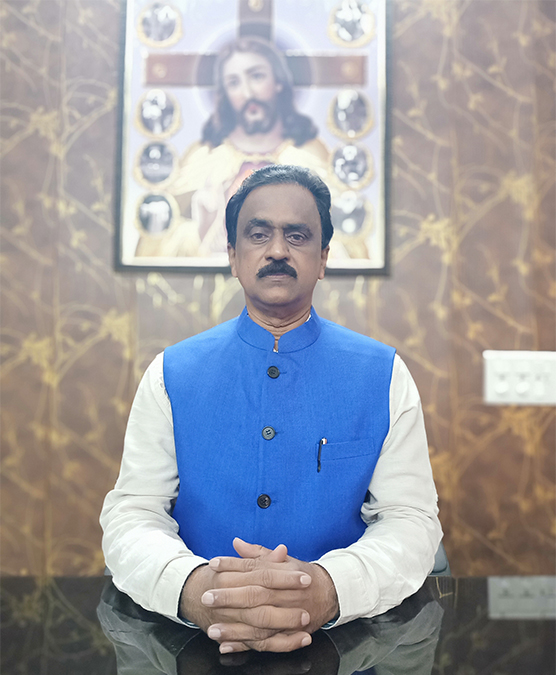 An educationist with over 35 years of hands on experience, Dr. Thomas George has made the educational advancement of the less fortunate youth his life’s mission.

‘A little sleep, a little slumber, a little folding of the hands to rest. Your poverty will come in like a vagabond, And your need like an armed man.’ Proverbs 6:10-12

It is said that migratory bird does not cry or get tired. Migration of a boy from a remote village in Kizhakkupuram in Pathanamthitta District to the capital city of the country and becoming the torch bearer of the most promising school in Delhi is the outcome of ardent faith in God and relentless hard work. The success behind Dr. Thomas George, Thundiyathu, Founder and Director of St. Mary’s Public Schools and member of Neb Sarai Cathedral owes great to the discipline and indomitable religious faith that he imbibed from his parents and from his seminary life.

He migrated to Bombay from Kerala in 1980 and then to Delhi in 1982 and just like others, he too knocked several doors for a suitable job. At last he joined a firm in Sainik Farm for a meagre salary of Rs 400. In the evening times, he started taking tuitions and training students to up bring their knowledge and confidence. God never assures an easy journey but he definitely assures a safe landing.

Amidst contrary winds and turbulence, he could start a school of hundred children and seven staff in a rented building which grew to further heights and shifted to own premises at Neb Sarai in 1990 and started another school in Devli. At present SMPS is one of the leading schools in South Delhi with one senior secondary school and two primary branches with overall strength of 4000 students and 300 staff. The prestigious campus is adjacent to St. Mary’s Cathedral Church. 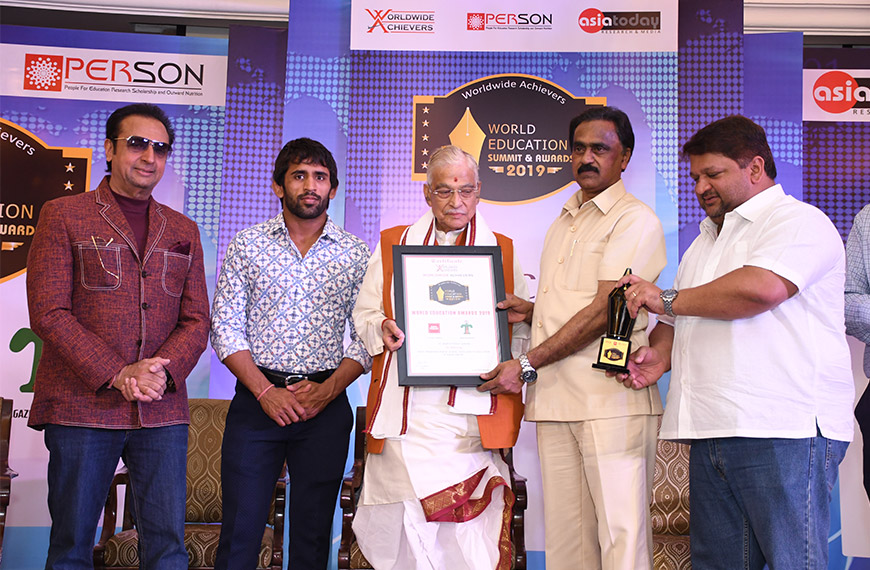 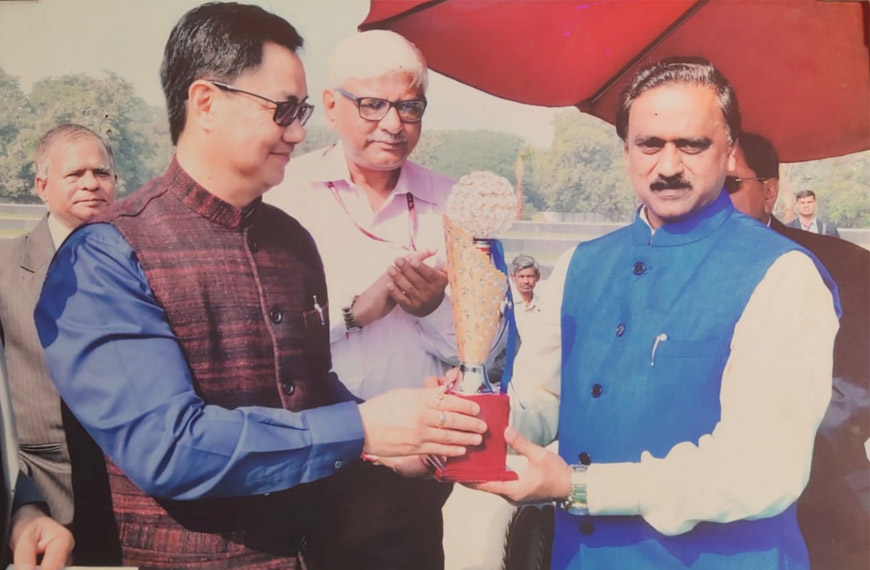 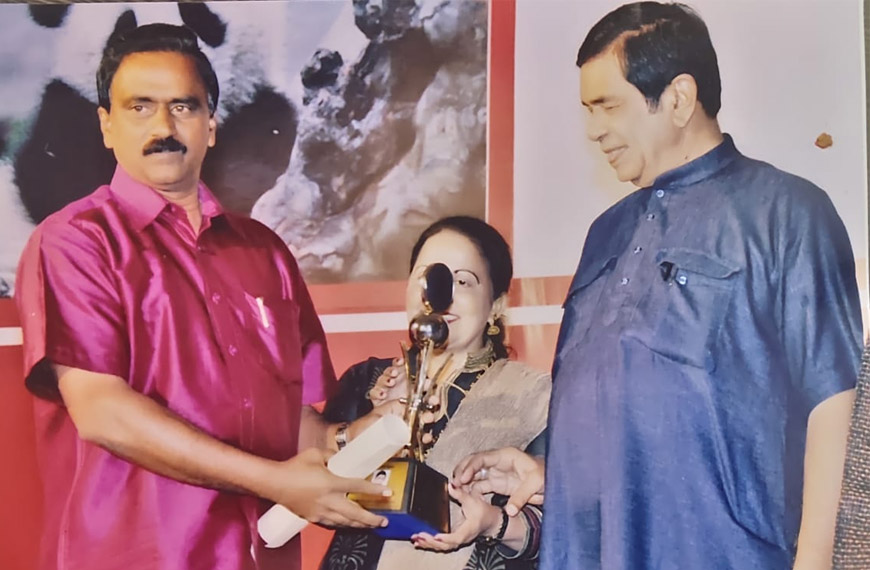 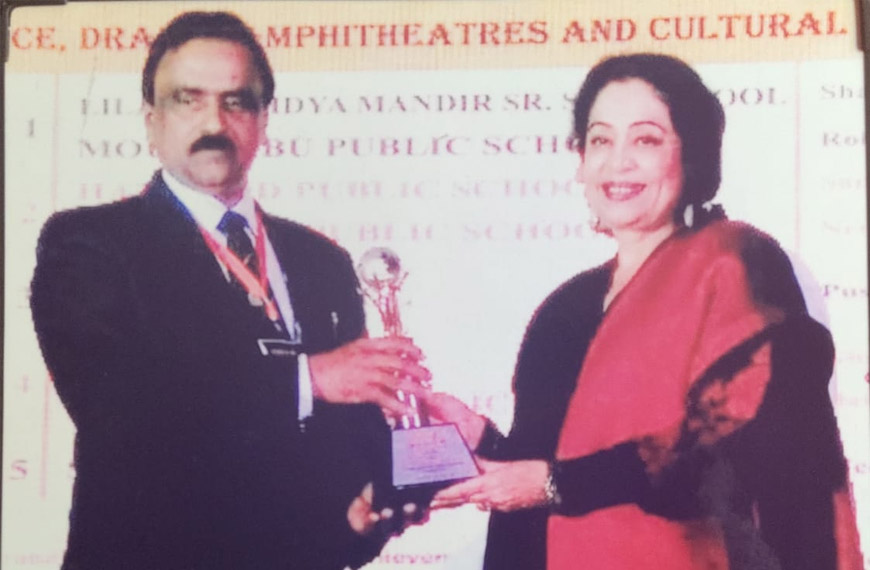 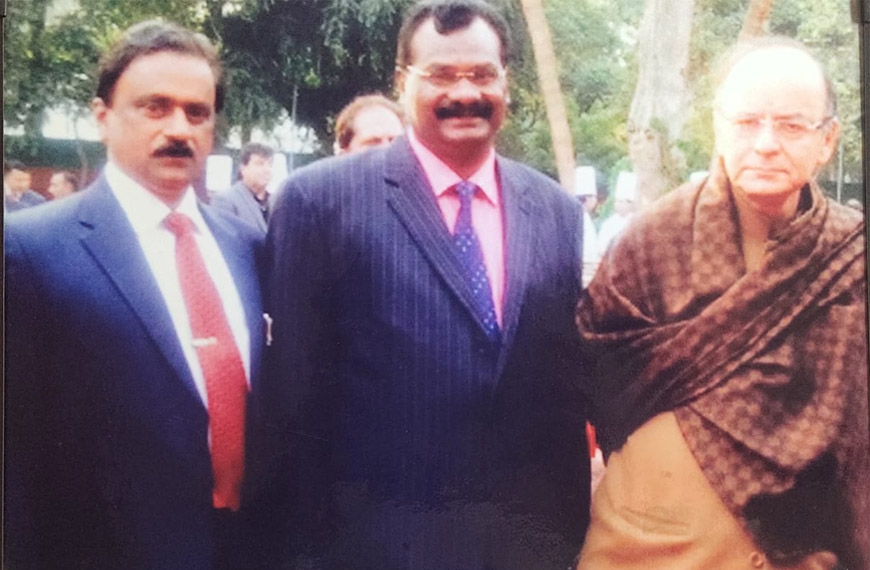 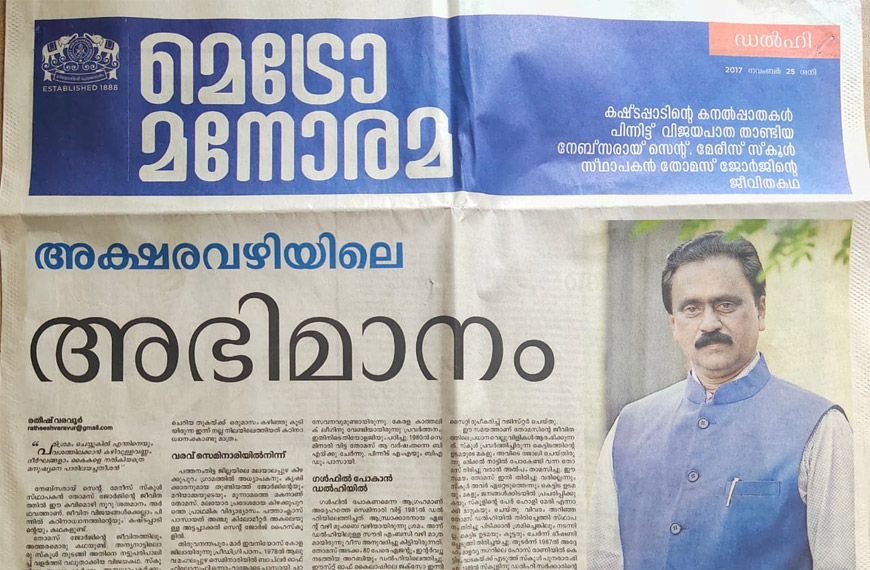 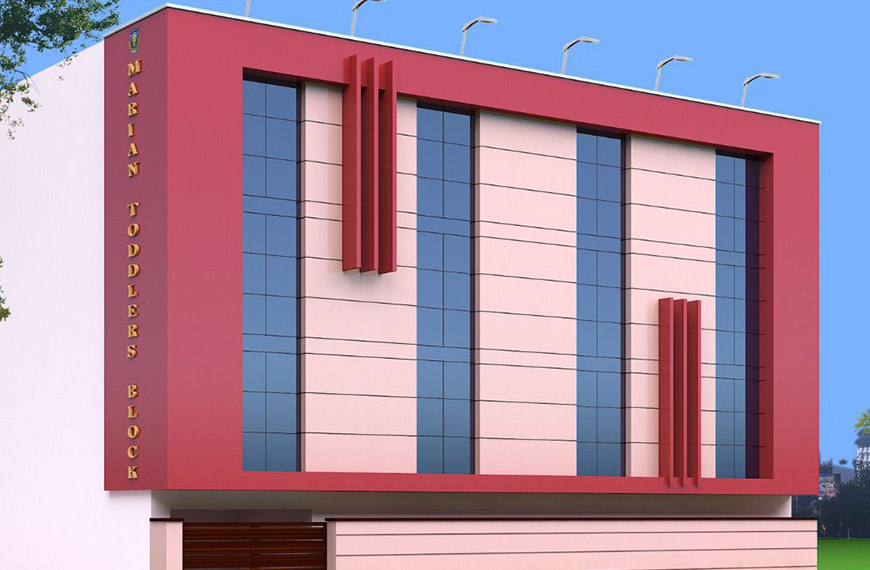 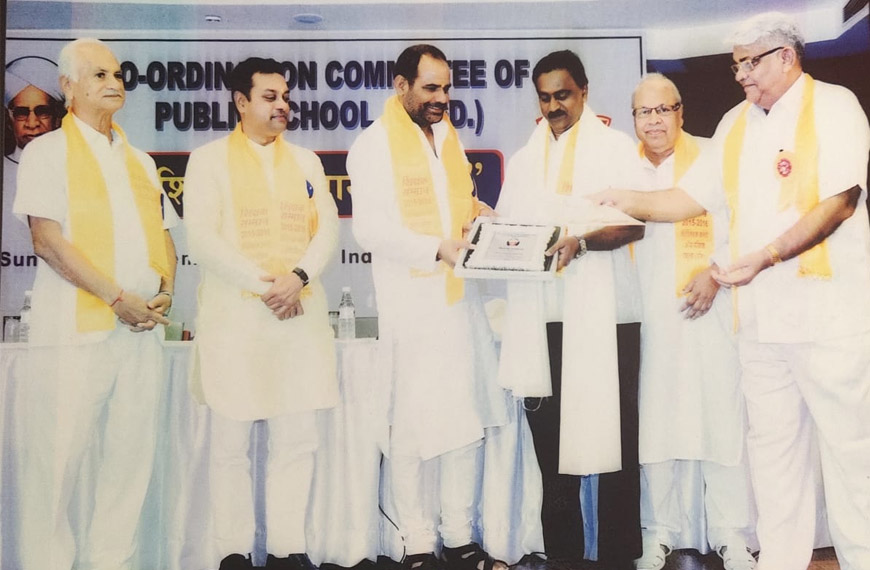 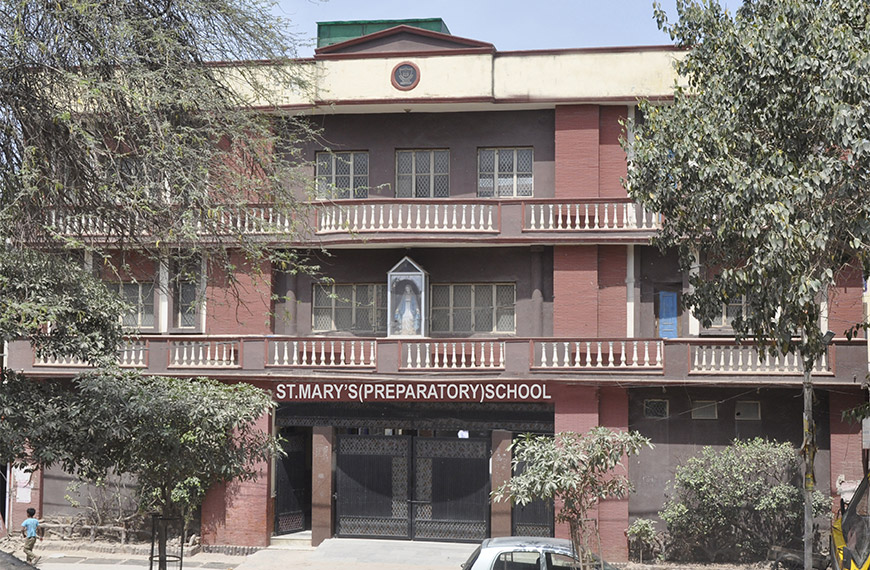 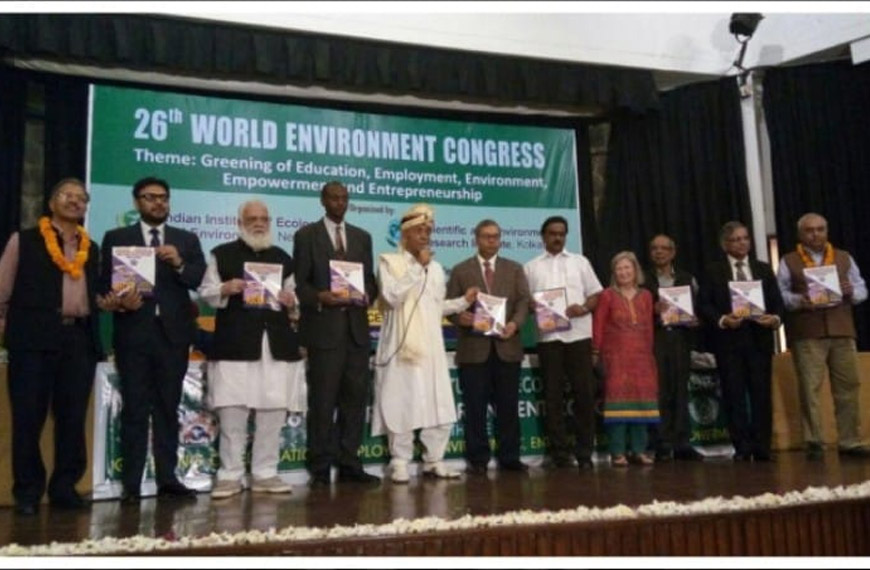 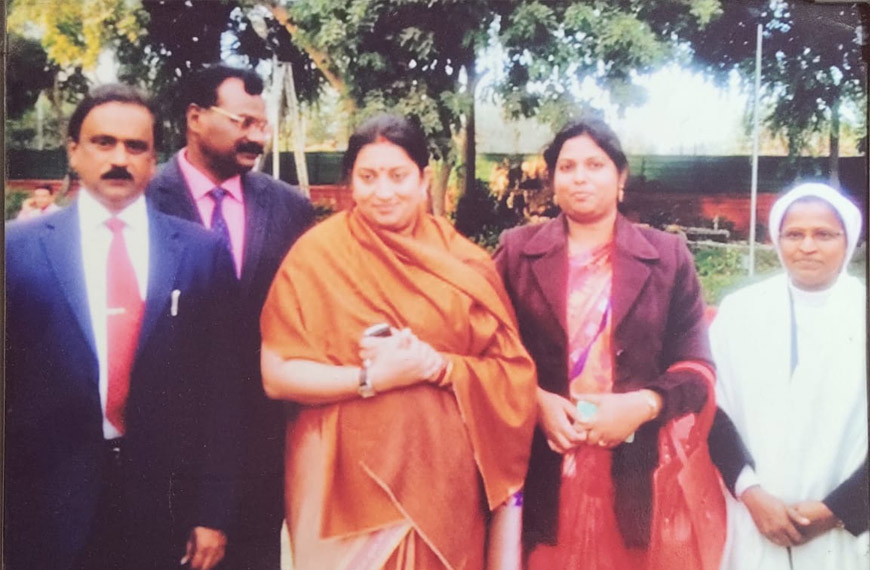 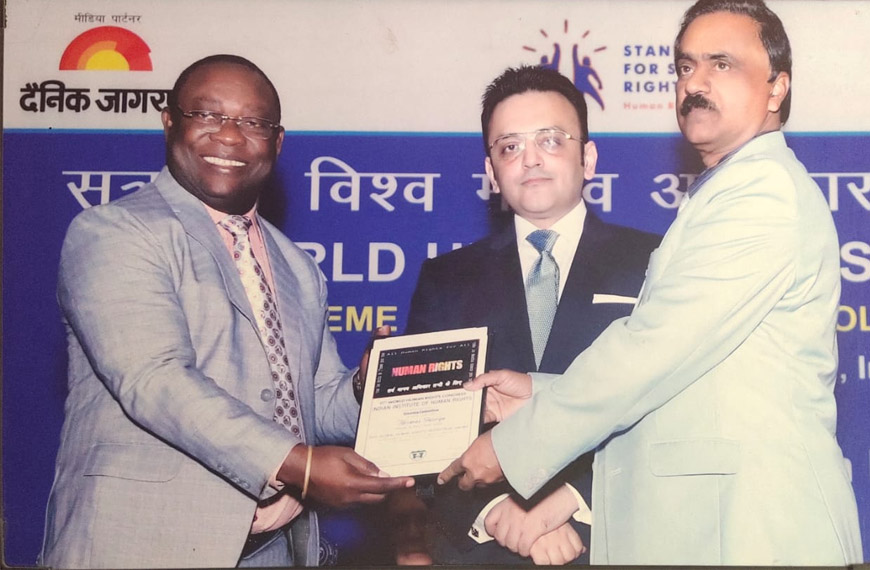 1.Teaching Experience of 35 years in the school level in different capacities.

Taking inspiration the words of KailashSatyarthi, “Slavery is one of the worst form of violence – as is the denial of education. Education is key to liberating children from slavery”, Dr. George made sure that he helped the underprivileged in society . For this he has sponsored the complete Senior Secondary and Higher Education of a few students who have now excelled as doctors, bio-medical engineers and so on. He has also been sponsoring five girl children for Secondary and Senior Secondary Education under the scheme of ‘Send a Child to School’. He has been fending Financial aid to people in need of medical assistance. He has also been associated with Prachodana Social Service Society – A trust functioning for providing food for the hungry.

He has been awarded for the promotion of Education in the rural areas of Delhi – forthe last 30 years. (Annual award conducted by Hospitality India and Explore the world – on 11th October 2013 at Ashoka Hotel, New Delhi.

In 2015 Dr. George was recognised with the ShikshakSamman – Award by Co-ordination committee of Public Schools, New Delhi. In the same year he was awared the Global Human Rights Protection award (17th World Human Rights Commission by Indian Institute of Human Rights, New Delhi, on December 10.

The Colosseum School Award by Parakh Foundation was give to Mr. George on January 9, 2016 for his best initiative in the field of Dance, Drama and Amphetheaters and Cultural activities. He was a Special Invitee to a Social gathering of Christian leader organized by Finance Minister ArunJaitely and H R D Ministry (then Minister Smriti Irani)

He was a Special Invitee by National Foundation for Communal Harmony (Conducted by Home Ministry and felicitated by Union State Home Minister Kiren Rijju. The World Environmental Education and Development Award (WEED) was bestowed on him by the Ambassador of Tunisia on 8th November 2017.

He was recognised with a Honorary Doctorate for the excellence in the field of Education for the last 35 years from the University of South America as per the recommendation given by Dr. S. Radhakrishnan Research and Development Centre, Bengaluru on 5th September 2017.

Dr. George got the Life time achievement feature published in MalyalaManorama daily newspaper on 29-11-2017. His school was recognised with the Award for Most Promising Public School in South Delhi by World Wide Achievers in association with India Today in 2019.

Dr. George has organised a mega Thiruvathirakali (Traditional dance form of Kerala) in which 300 girls participated. The occasion was graced by the presence of Mr. Kartar Singh MLA and Dy. Commissioner of South Delhi.

He was instrumental in forming a school band – named “Clarion” which is one of the well-known school bands in the Delhi region and also bagged many awards in the Inter school as well as Inter State Band Competitions.

Dr. George has taken initiatives to inculcate moral and humanitarian values among his students who are taken in visits to old age home every month by different classes; involved in preparation of food packets by students for the less fortunate; and providing gifts to the orphanages during festivals.

The sole aim of Dr. George’s life in the words of a Great Philosopher and Scholar – Confucius : – “Give a bowl of rice to a man and you will feed him for a day. Teach him how to grow/earn his own rice and you will save his life.”

Dr. Thomas George believes and preserves our own traditions, values and culture and leads a joint family with his elder brother Mr. Mathew George.