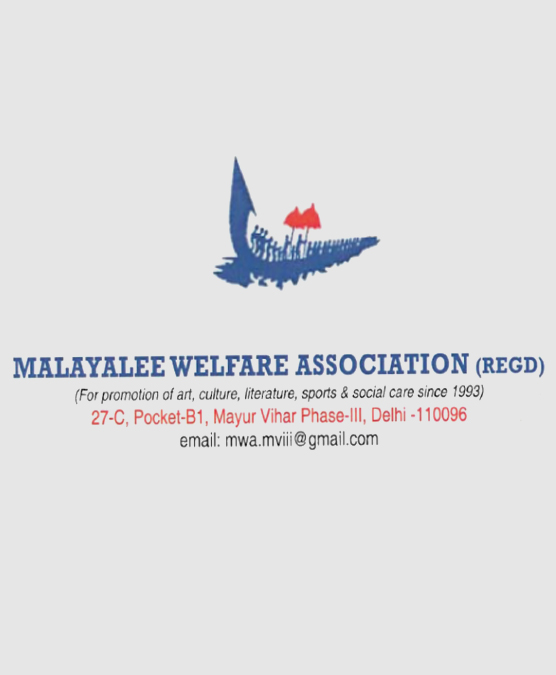 The Malayalee Welfare Association (Regd.), Mayur Vihar Phase-III, popularly known as MWA is one of the premier organisations working in Delhi for the past 25 years. Its main aim is to promote art, culture and literature, besides helping the deprived and downtrodden, while also undertaking other social activities.

The association’s administration is fully under the control of an elected Executive Committee consisting of 40 members, including a governing body led by President, Vice-President, Secretary, Treasurer and Joint Secretaries.  It functions as per the laws of Societies Act and as per its own bye-laws. It has both internal and external auditing systems to ensure the transparency in functioning.

At present, Mr. Sassi T.A. is the President, K. Raghunath, the Vice-President, Anikumar C.P, the Secretary and Murali S, the Treasurer of the organisation.

The Association regularly conducts Blood Donation Camps in association with All India Institute of Medical Sciences, Hepatitis-B Camps, Health & Educational Camps, Orientation Programmes and so on. Its members donate blood to the needy people as and when requests are received and they can get sufficient blood from AIIMS Blood Bank against the associations request letter.

The Association has also been helping many with financial and medical aid for the treatment of economically poor people to meet their medical and hospital expenses,  especially those suffering from kidney, heart, cancer and other chronic diseases. Its members (At present there are 724 Life Members) are ready to donate blood as and when the requirement arises.

The association also conducts cultural programmes twice a year to promote the cultural heritage of the country and encourage younger generation to familiarise themselves with it. 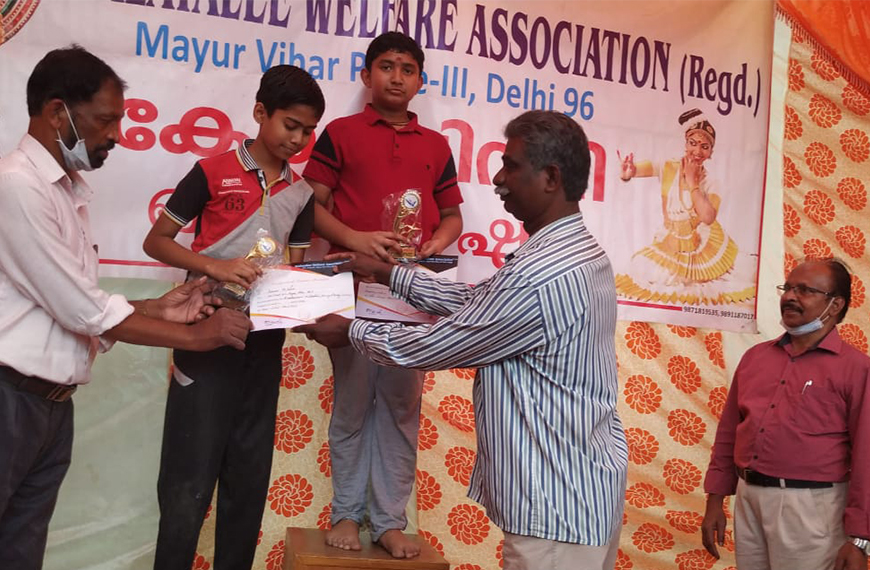 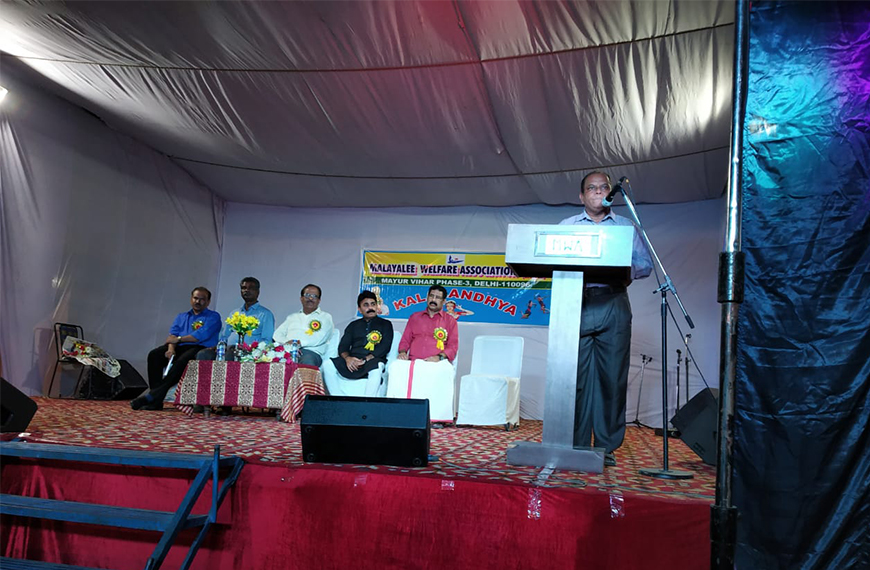 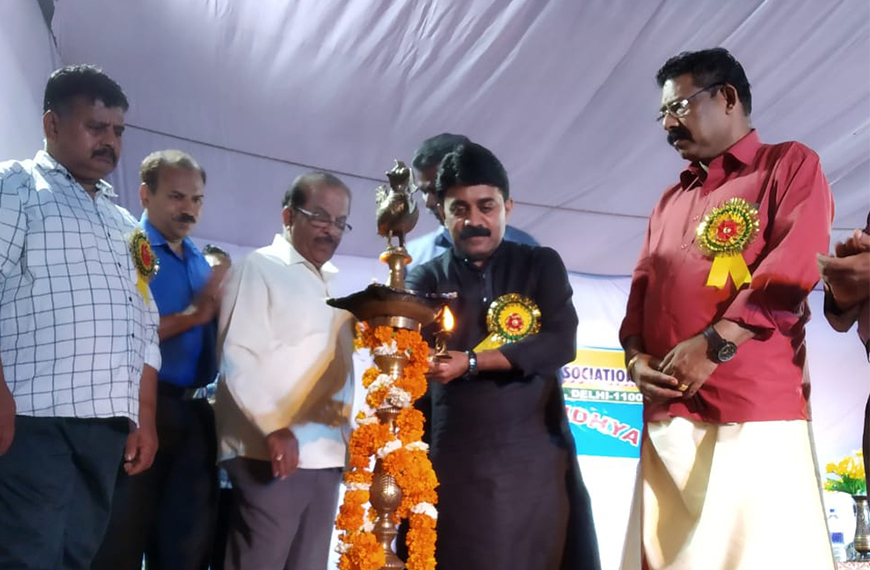 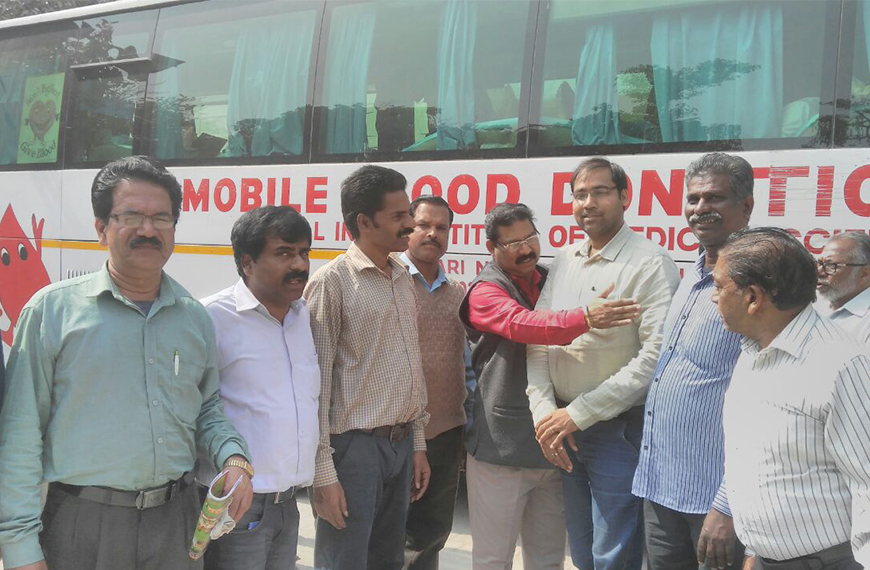 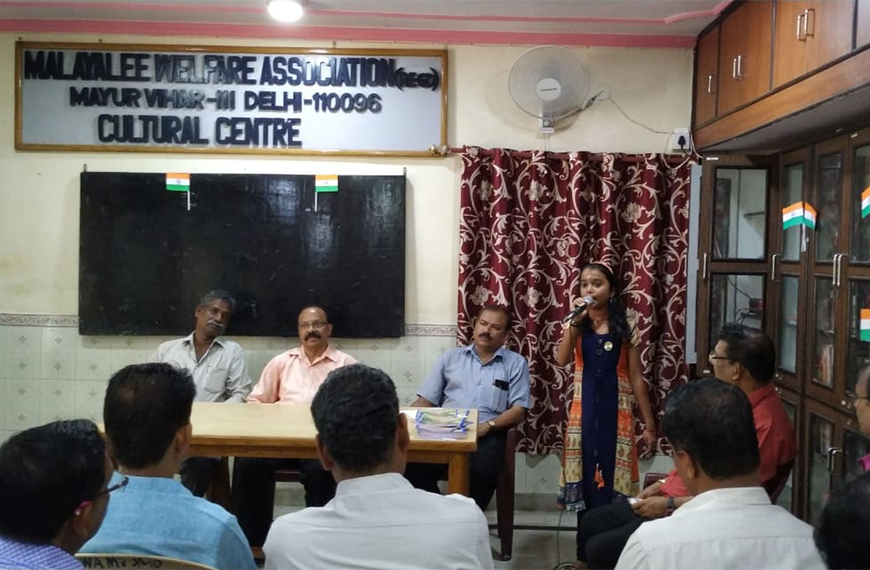 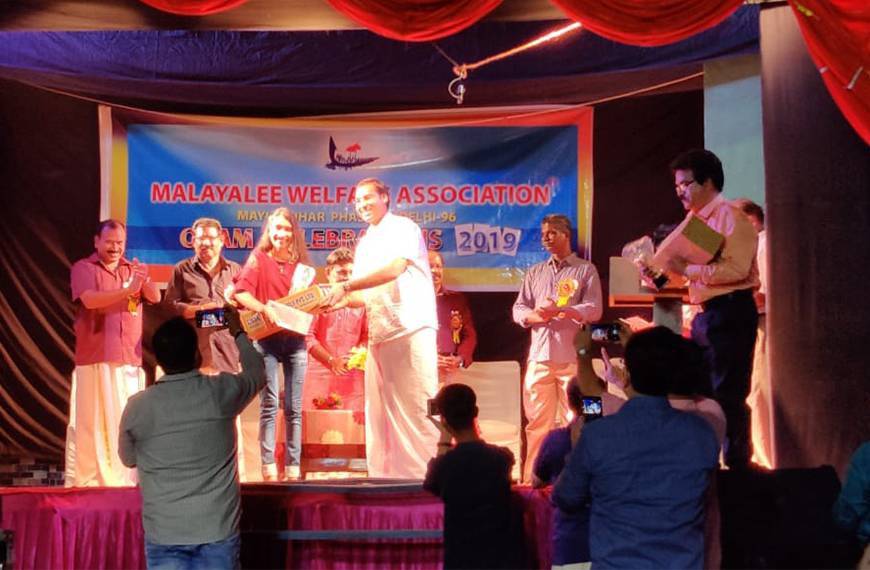 Malayalee Welfare Association also conduct Sports Competitions to promote sports activities and awareness among the new generation to maintain good health. The association holds counseling programmes for the students to help them attend the board exams and to mould their career. The association gives merit-cum-means scholarships to the brighter students for their studies.

The association publishes the “Malayalee Residents Directory”, of those residing in Mayur Vihar Phase-III and releases its updated editions every four years.

Malayalee Welfare Association had also joined hands with the State and Central Governments time to time in national calamities such as earthquakes, flood, pandemics/epidemics and so on.   All donations paid to the association is exempted under section 80G of Income Tax Act.

The association has a library with over 3,000 books in different languages and many people make use of this facility.