It was his love for sports and games that drove Ramesh Nambiar, born in a small town in Kerala, to become one of the top sport administrators and promoters of India. Mr. Nambiar was part of Indian Olympic Association and has participated in several Olympics as an enthusiastic observer from 1988 to 2016.

Born on 31st May 1966 in Kannur to a middle class couple, Kartiyani Amma and MEK Nambiar, Ramesh completed his studies in Kerala. Ramesh took to football during his school days and represented his school and later the State too. He also donned national colours in football.

Again, his love for sports prevailed over all other material gains and Mr. Nambiar shifted base to Air India where he joined as a Sports Officer despite his well-known skills as a good administrator.  He spent his time with the national carrier promoting sports in the country. In fact, this proved to be a blessing in disguise as his skills landed him the job of Officer on Special Duty with the Minister of Railways Suresh Kalmadi. This got Mr. Nambiar the opportunity to prove his mettle in the field of sports administration as the Railways then had the largest Sports Promotion Board in the country. It employed thousands of sports persons from across a variety of disciplines including many games that brought them much accolades and job security.

Working in the Railways also brought Mr. Nambiar close to Mr. Kalmadi, who later became the Chairman of the Organising Committee of the Common Wealth Games.

Ramesh Nambiar then joined the Ministry of Textiles under Minister of Textiles Kanshi Ram Rana. During his tenure at the ministry, Mr. Nambiar travelled extensively for the promotion of textiles in the country. 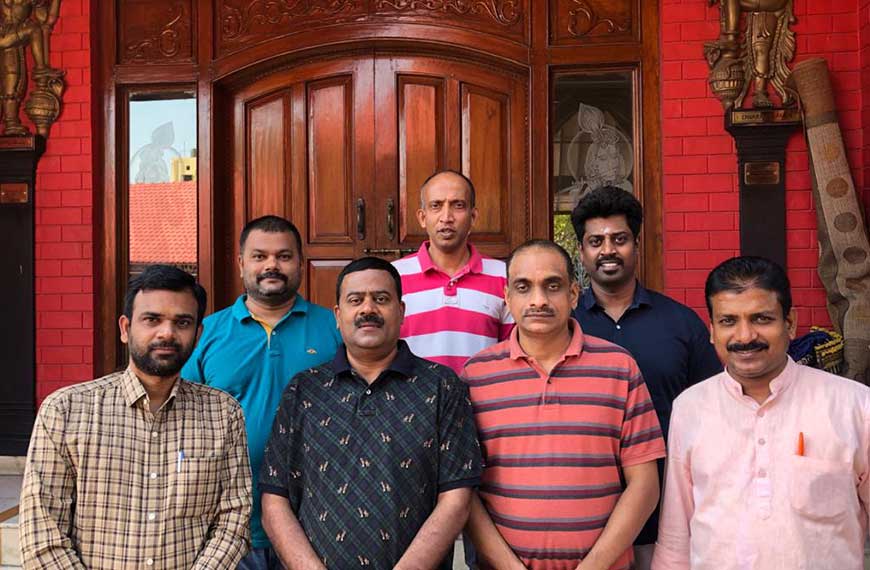 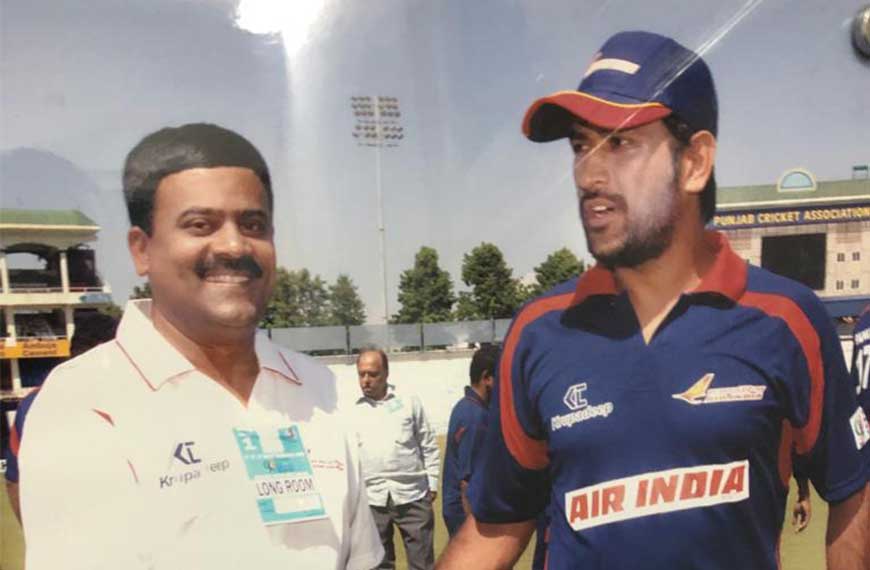 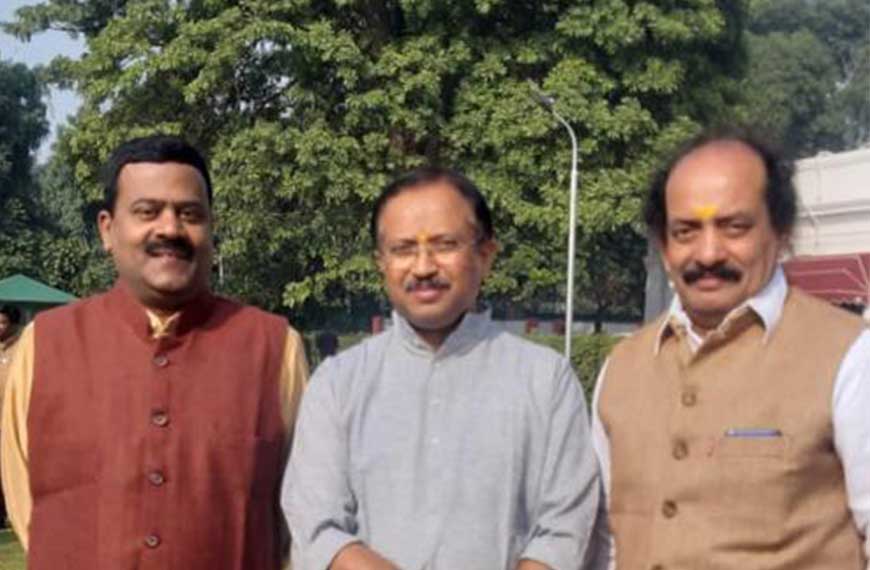 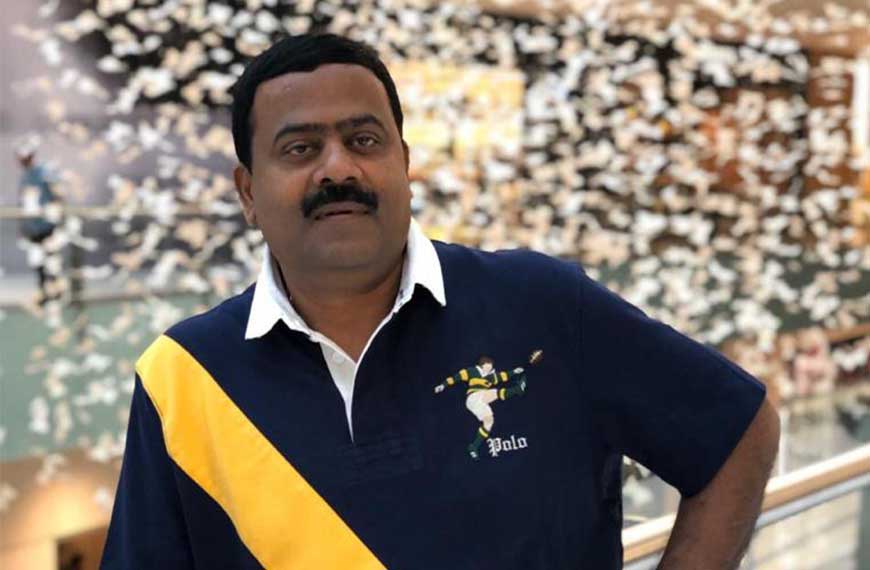 Mr. Nambiar had also travelled along with Presidents of India as well as Prime Ministers as part of their delegation to various countries and been part of various historic treaties signed.

As a sports management official in Air India, Ramesh Nambiar was instrumental in promoting India’s national game of hockey. He was the SAI-AIR INDIA National Hockey Academy at National Stadium in New Delhi. Mr. Nambiar was the Joint Secretary of the Air India Sports Control Board at Safdarjung Airport in New Delhi. The Academy has produced close to 100 international hockey players who have brought laurels for the country.

Mr. Nambiar is proud of his association as a sports management professional with Air India as the company, during his tenure, was instrumental in promoting 800 sports persons, among them proud Olympians too, across various disciplines.  Well-known sports persons like Dhanraj Pillai, Zafar Iqbal, M.S. Dhoni, Yuvraj Singh, Suresh Raina, Harbhajan Singh, Gagan Narang and Anjum Chopra are all employed by Air India in various capacities. Mr. Nambiar is also involved in The Badminton Association of India as a Governing Body member.

As Regional Manager Sports, Mr. Nambiar headed the Northern Sports Unit of Air India. Six members of the Indian team that won the Twenty-20 World Championship in South Africa in 2007 were from Air India.

Ramesh Nambiar’s dedication and expertise as a sport management expert and administrator earned him an honorary doctorate in Humanities and S, ports Management from the Liberty University at Lynchburg Virginia in the United States.

Many Non-Resident Keralites are known for their social causes and Ramesh Nambiar has played a key role in many causes. As a prominent member of the Malayali Diaspora in National Capital Territory of Delhi, Mr. Nambiar has been associated with various cultural and social endeavours.

As the President of the Guruvayur Temple, the biggest South Indian Temple in the NCT, Mr. Nambiar helped in spreading traditional Indian values among the new generation of south Indians.

Mr. Nambiar is also known for his philanthropic activities and has been actively involved in various charity endeavours. He has been supporting activities to better the lot of the poorest of poor in various parts of the country by bringing them food, cloth and education. In fact, he has helped set up sports infrastructure in various little known towns of India.

Ramesh Nambiar’s wife, Rekha Nambiar, is a senior executive with Deutsche Bank India and their son, Rishabh Nambiar, 20, is an avid golfer who is progressing well in his academics as well.