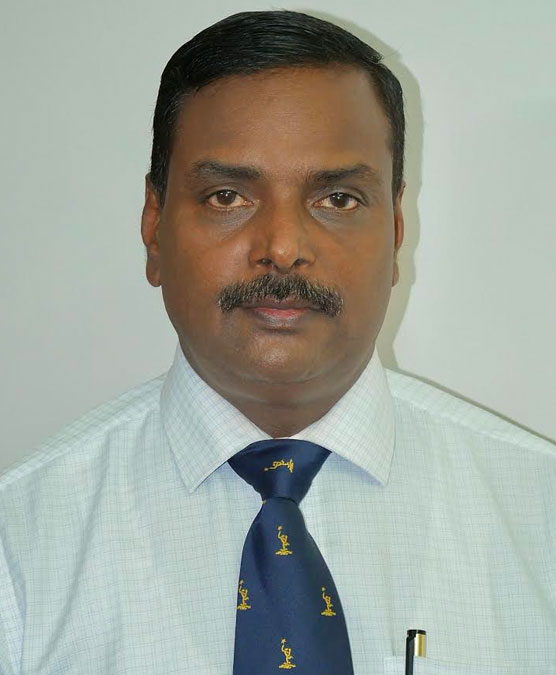 Prior to taking up his present position with the media company, Mr. Radha Krishnan served in the Indian Army for about three decades and retired as a Junior Commissioned Officer in October 2013.  While in service and even after retirement he has extensively travelled within India and abroad.  During his career he has served as the staff of Military Attache, Embassy of India, Moscow, Russia, for three years.  Besides, he has served under many senior officers of various Arms and Services at Integrated Headquarters Ministry of Defence (Army) during his career.  For his meritorious service he has been awarded with Chief of the Army Staff Commendation and Signal Officer-in-Chief’s Prashansha Patra.

While in service Mr. Radha Krishnan has always strived to better his prospects by achieving educational qualification along with his career to find a suitable space after retirement. He has completed his graduation in Public Administration and post-graduation in Personal Management & Industrial Relations. He also holds a Masters Degree in Business Administration (HR) and a Post Graduate Diploma in Human Rights.  He is also the member of All India Crime Reforms Organisation and National Human Rights & Social Justice Commission.

Presently, he is the Managing Editor of Who’s Who of Delhi Malayalis.  He is coordinating the overall work for the publication covering the facts and figure of Delhi during the past 50 years.  In addition to that, he is also responsible for the work of reference books of Andhra Pradesh, Gujarat, Karnataka, Maharashtra and Tamil Nadu.

The former officer of the Army coordinates with members of staff working at various locations in connection with collection, collation, compilation and editing of data in respect of Malayali Associations, Religious Institutions, Clubs, NGOs, Charitable Society and Educational Institutions.  Above all, he is closely monitoring and coordinating the meetings of Patrons and Sponsors.  He has a versatile personality and undertakes the Public Relations work for the media company in a meticulous manner.

Mr. Radha Krishnan hails from Vyttila in Ernakulam District, Kerala, India. He lives in New Delhi with his wife Mrs. Sreeletha who is working with Motivate Publishing India Pvt Ltd, and daughter Dr. Remya Krishnan, who is an Assistant Professor in a college under Delhi University.