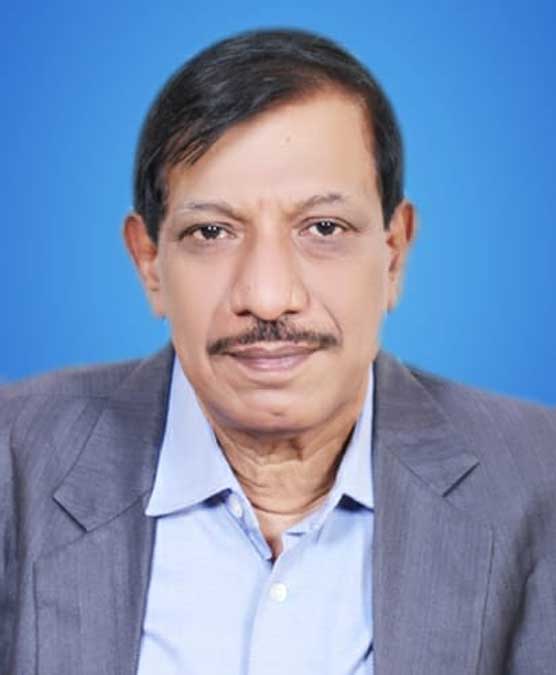 Born on October 15, 1956 in Chokili, Thalayolaparambu, Kannur, C. Chandran completed his intermediate and joined the Indian Air Force where he also completed his graduation.

His father, C. Achu was a farmer and social worker, which rubbed off on young Chandra too, His mother, C Karthiyani is a homemaker.
Mr. Chandran launched Subin Trader, which trades in Kerala products in New Delhi. The business has now been handed over to one of his sons, who is running it quite successfully and has taken it to new heights.
At the age of 10 Chandra joined the Bala Jana Sakyam and became the Executive Member at Thalasserry. In 1971, he became Union Secretary of Bala Jana Sakyam. In 1973, arranged a grand programme of Bala Jana Sakyam at Chokili, Thalayolaparambu, which attracted a number of crowd and it was a turning point to the entry into student politics.

Due to financial constraints of family to continue his studies after completion of matriculation, Chandran left for Ernakulam. In Ernakulam, at a tender age hestarted working with uncle Anandan in his bakery. Within a short span of time he became an expert in making bakery products. After sometime, he left to Bhuvaneswar and stayed with cousins Late Shri Raghavan and Smt Shylaja. There he joined in Nimapada College, Puri, in Orissa for inter-mediate. While studying at college, he joined Indian Air Force as Group – I Technician in 1975. After completion of 15 years of unblemished career in Delhi, Chandran relinquished his job in 1990. His career in Air Force was a turning point in his life, personally and professionally.

While working with Air Force in 1985, Chandran entered the tours and travel business in Delhi. In 1994, due to personal reasons, he business and switched to trading business which was started in 1990. 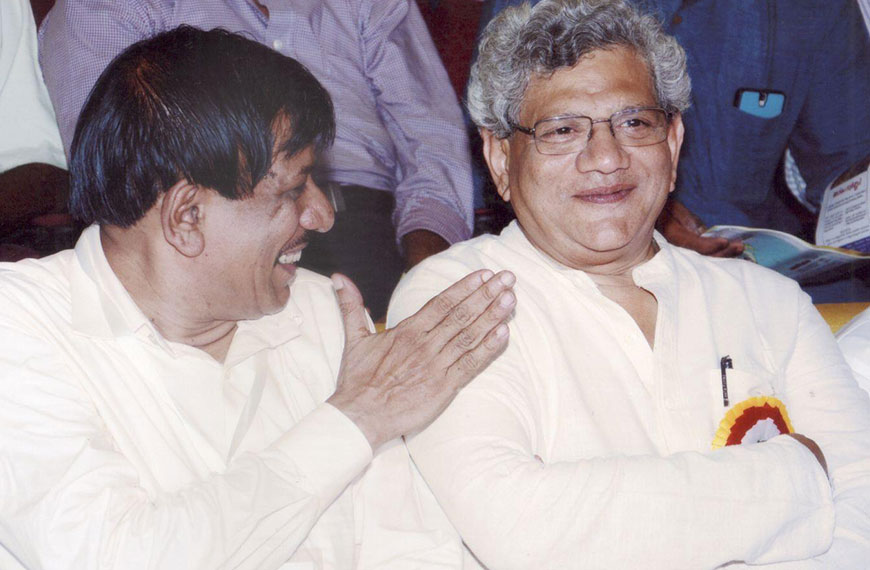 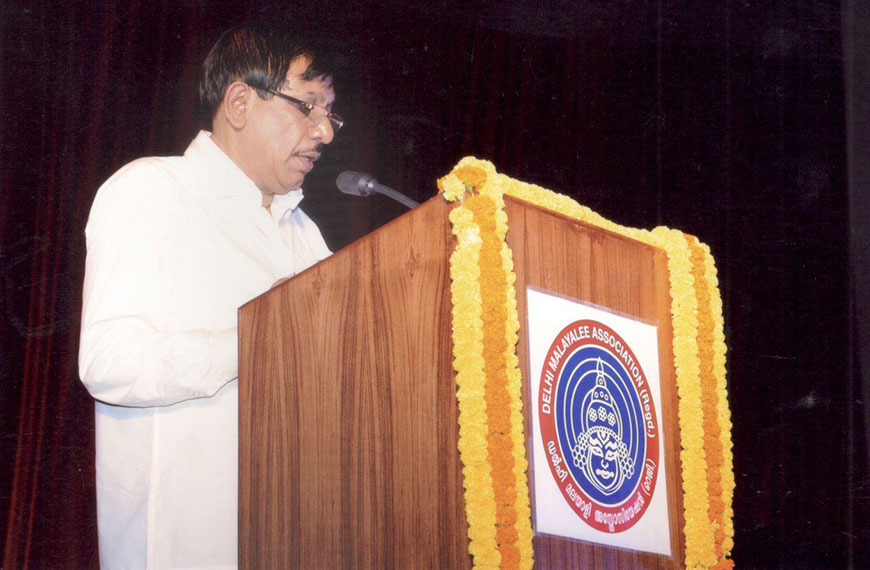 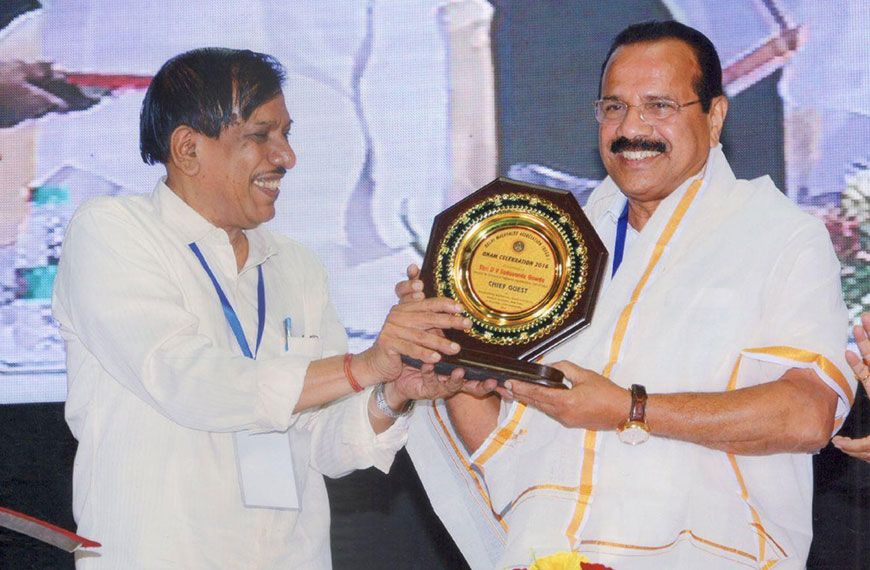 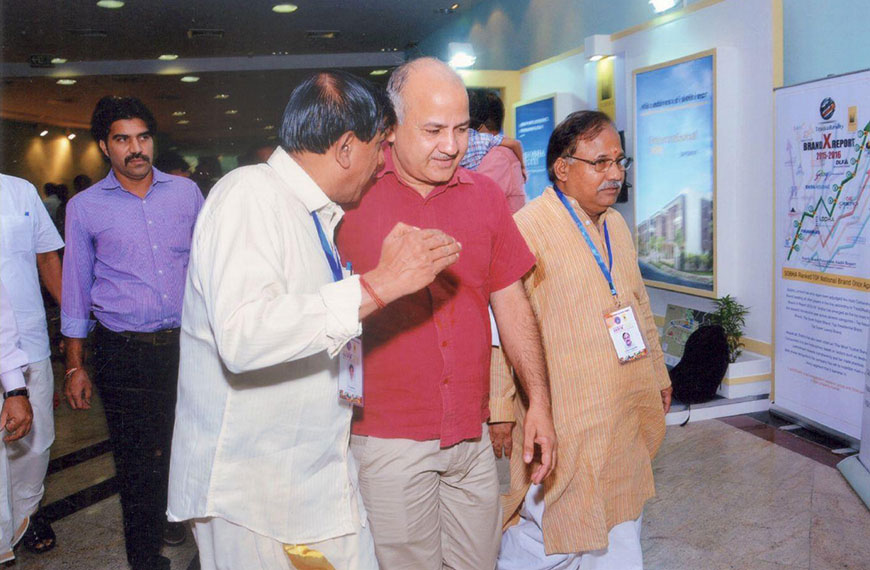 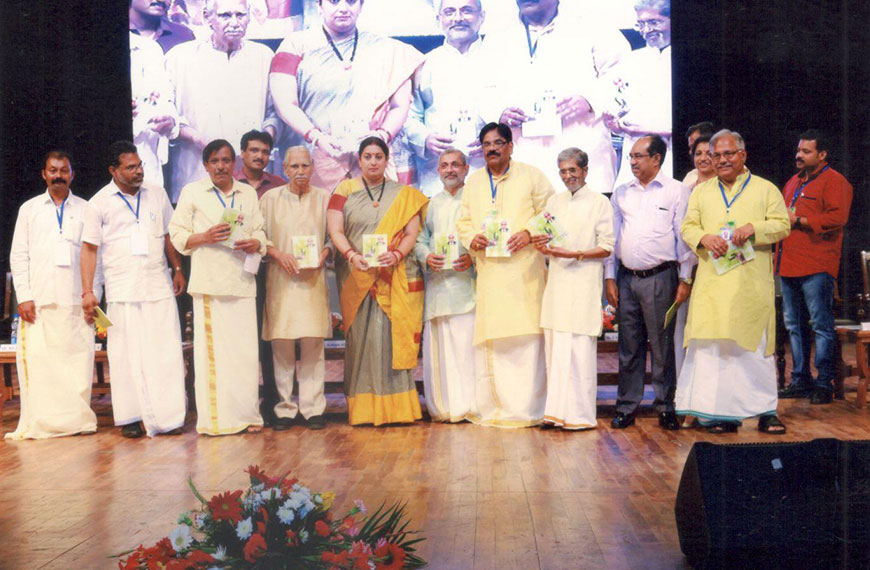 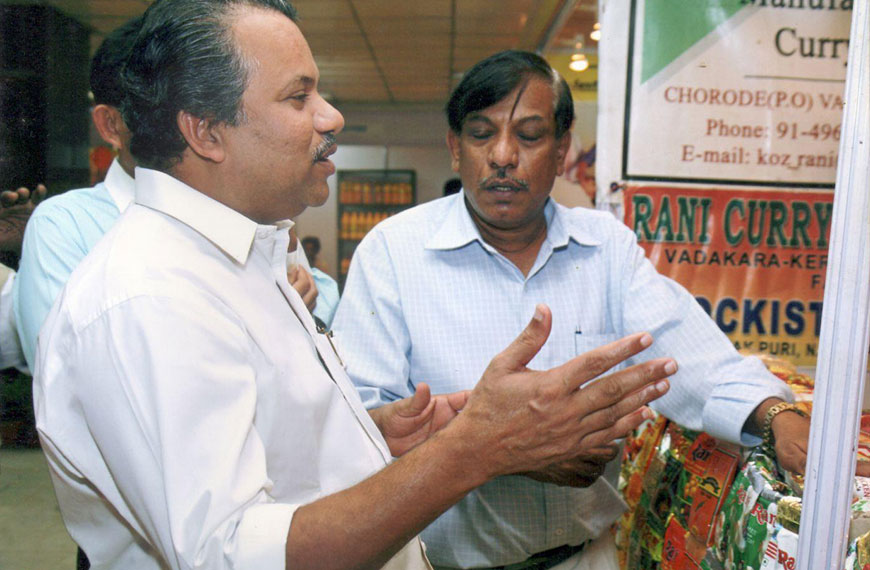 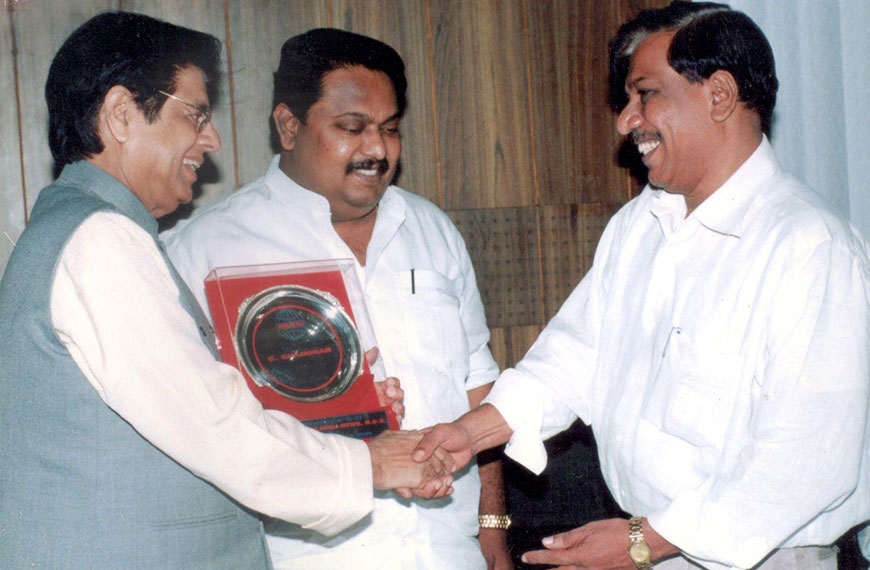 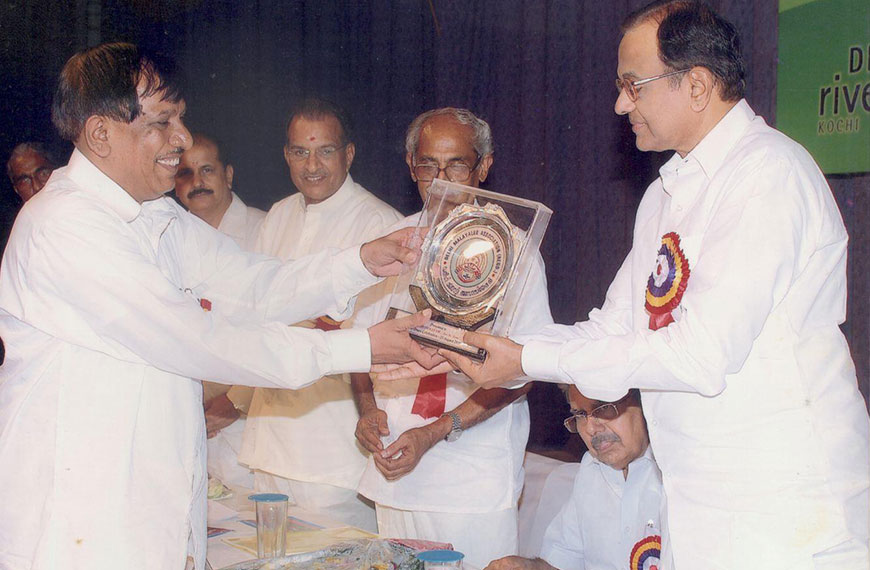 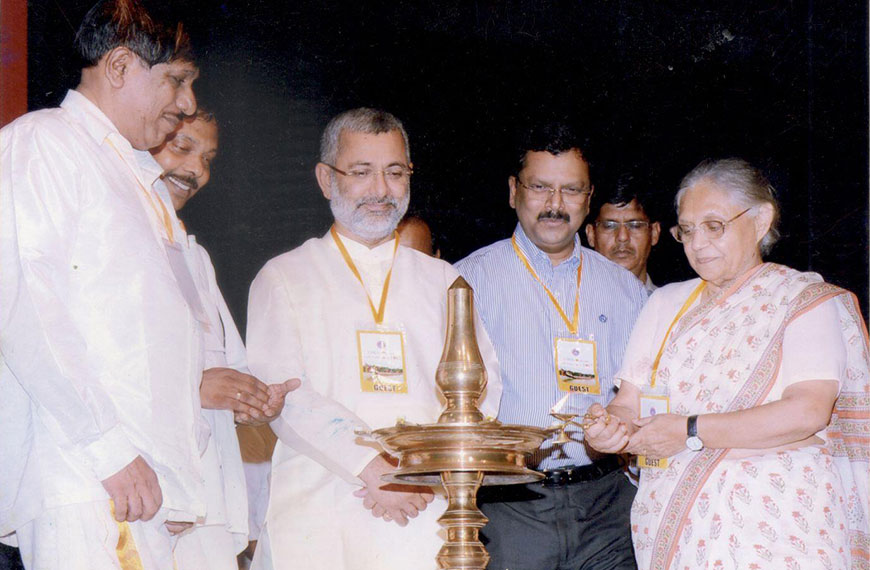 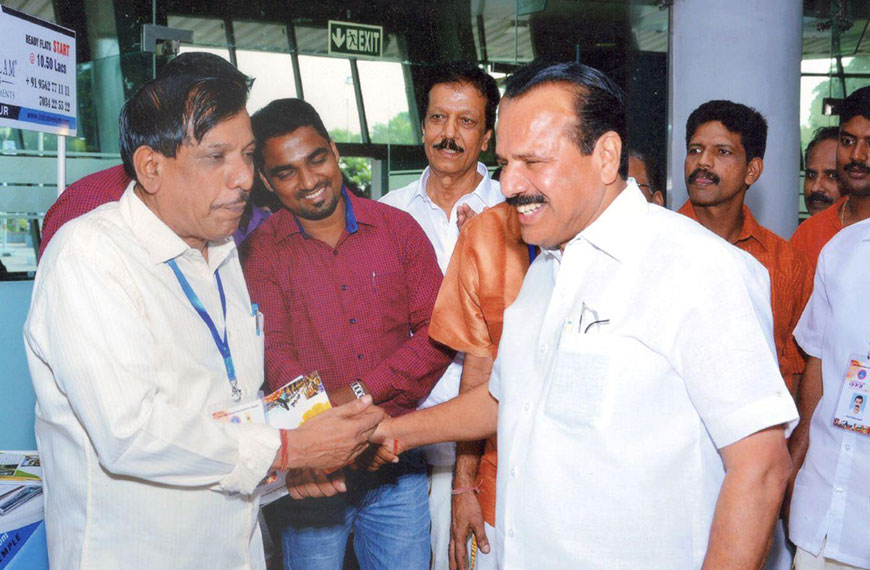 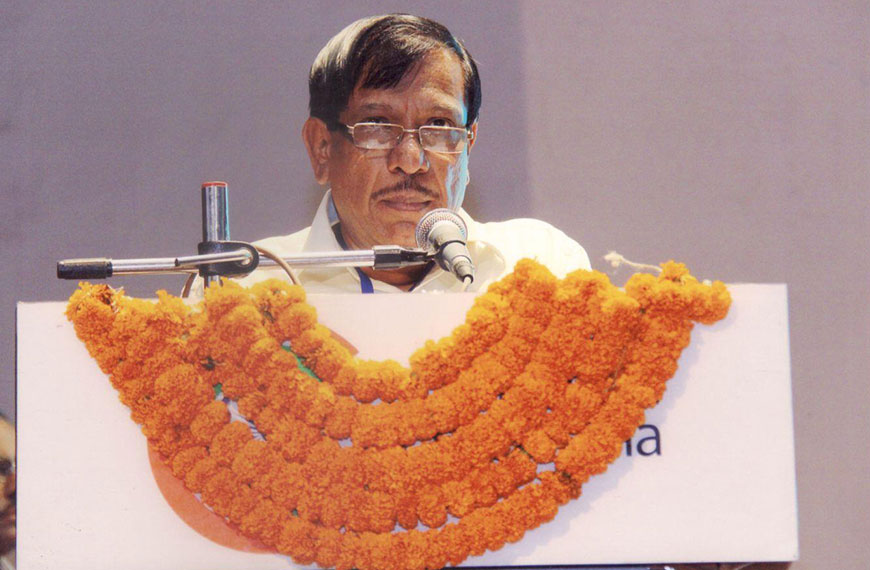 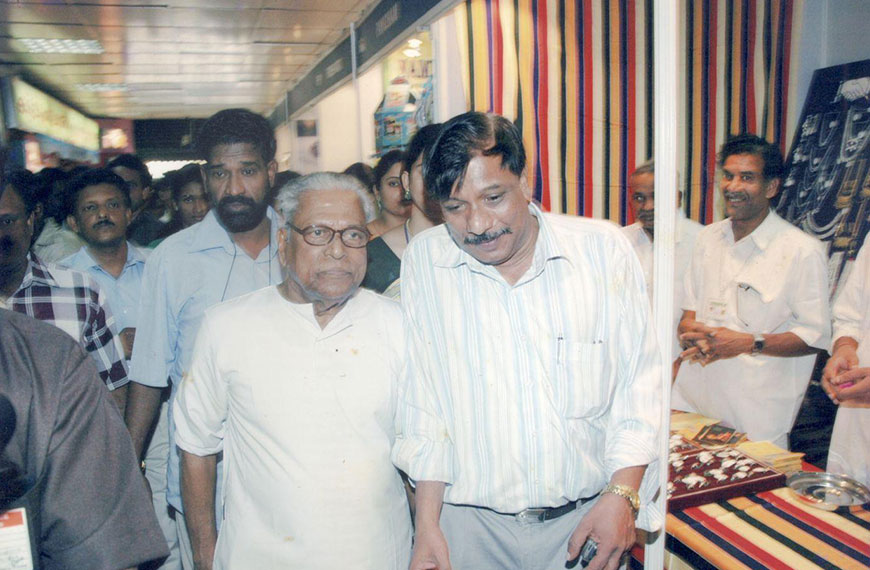 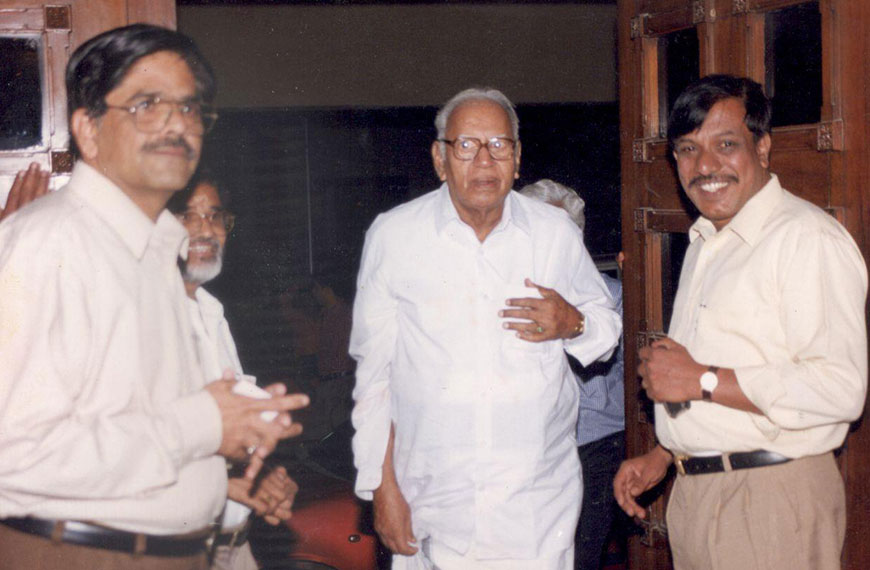 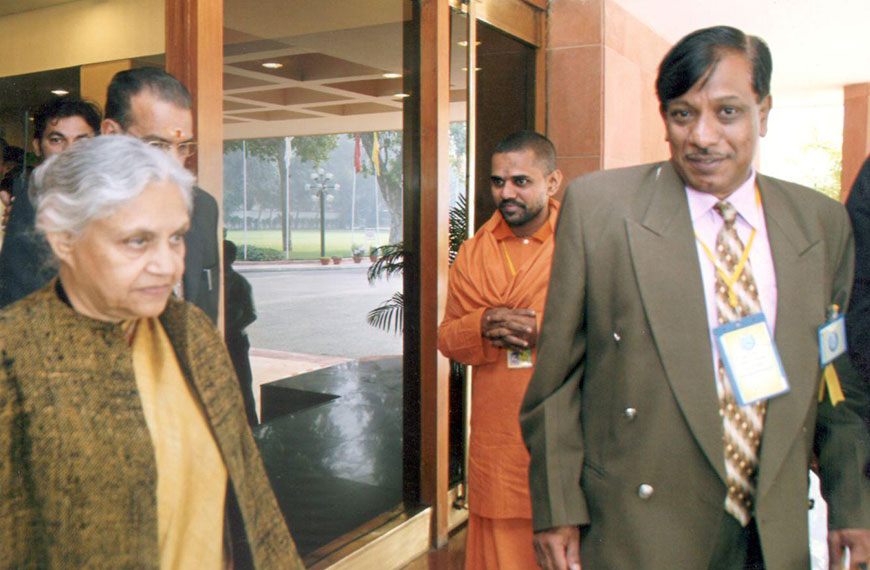 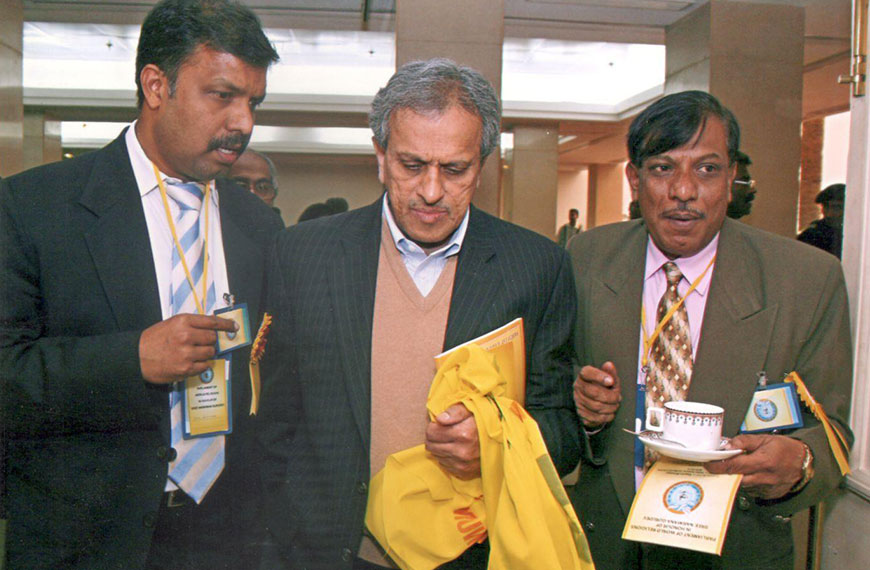 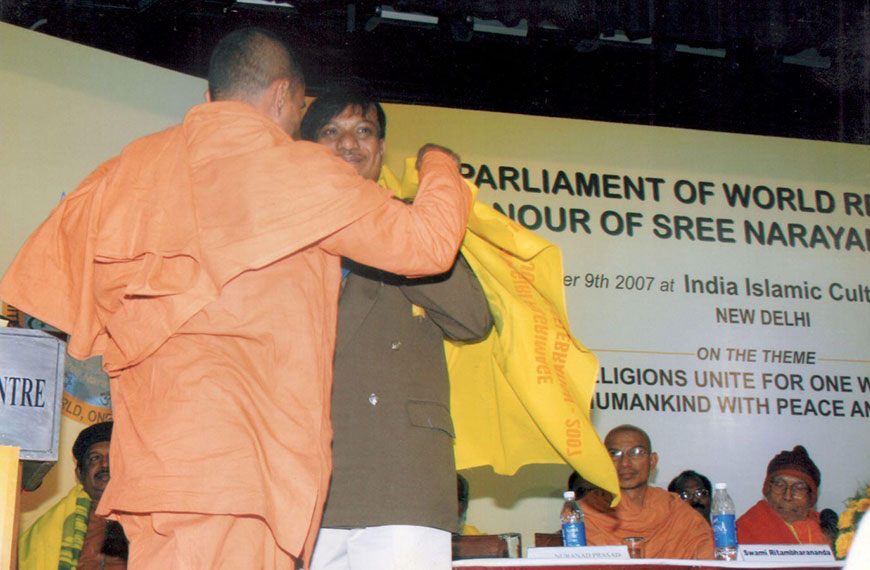 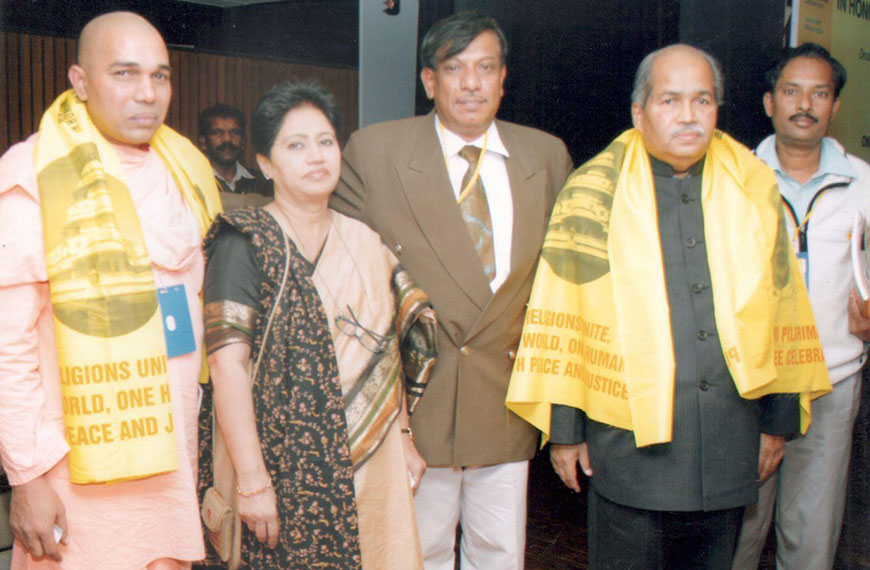 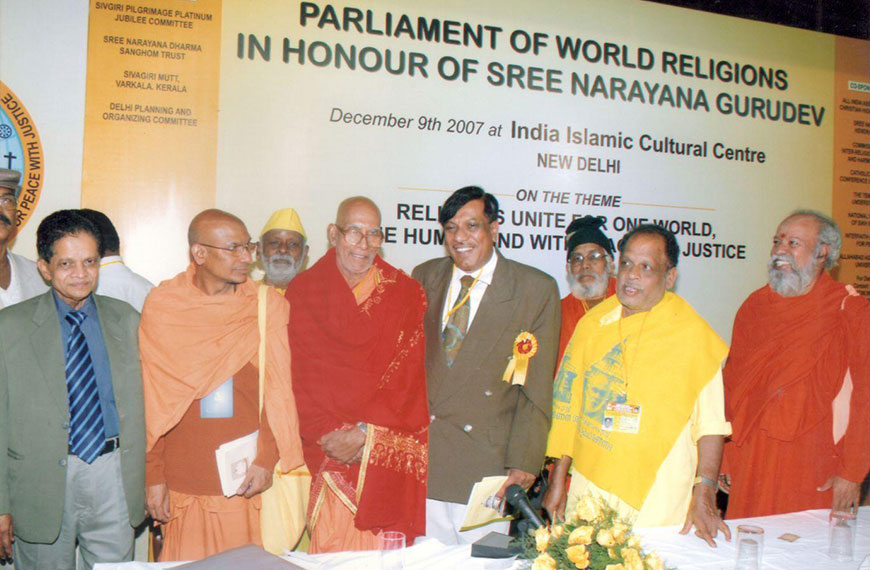 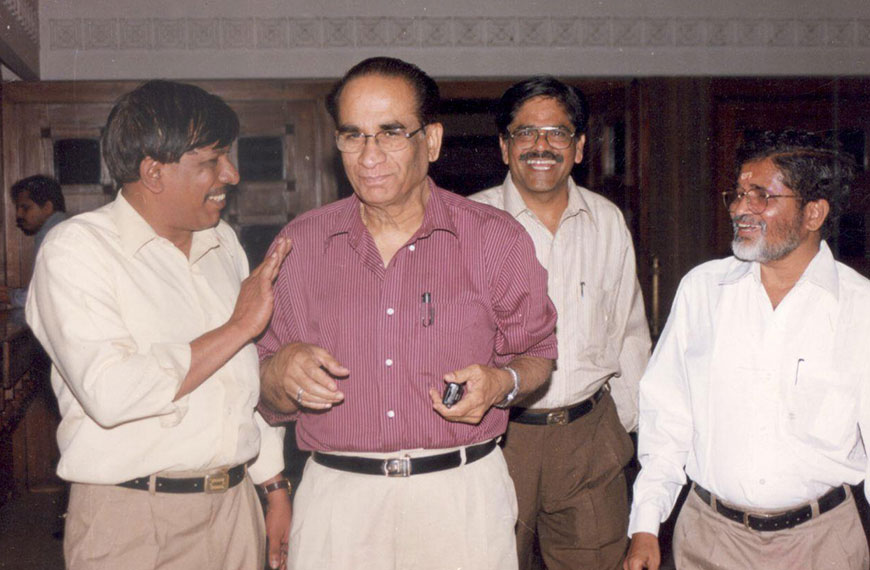 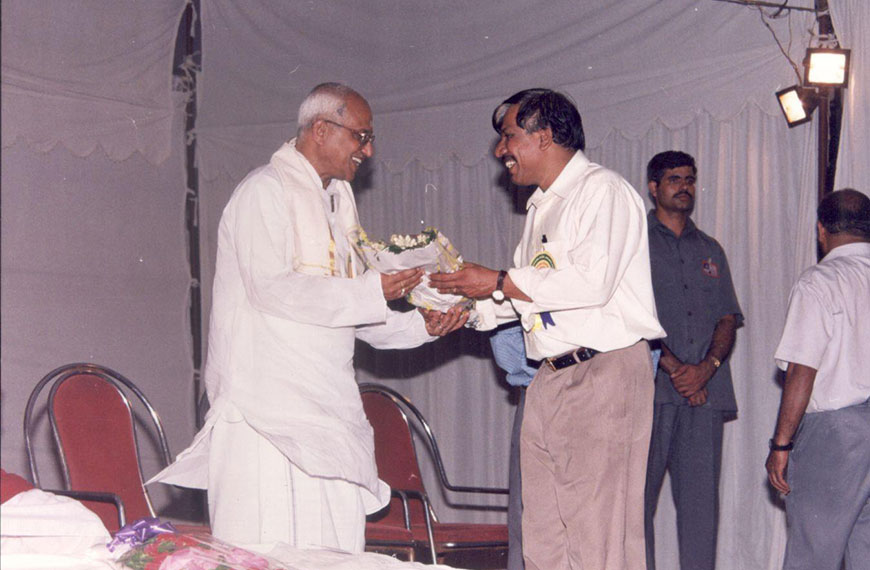 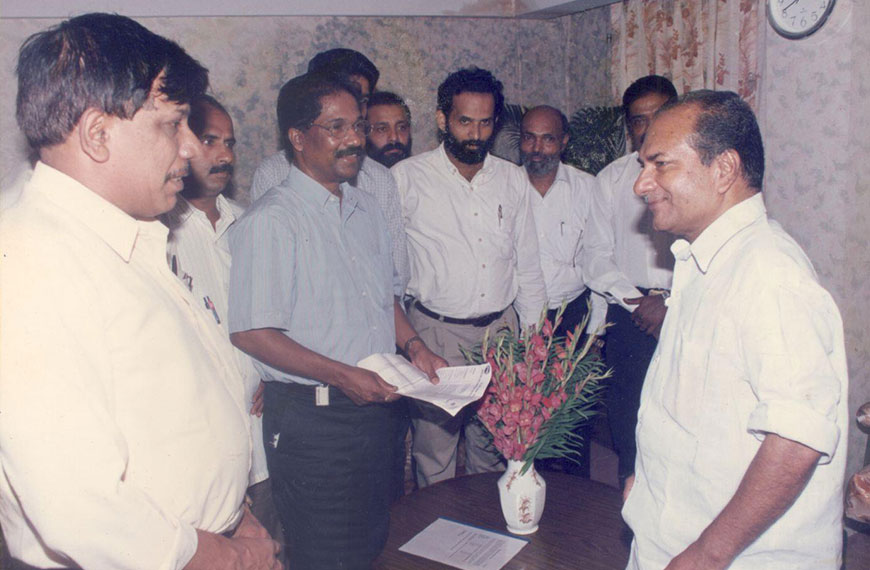 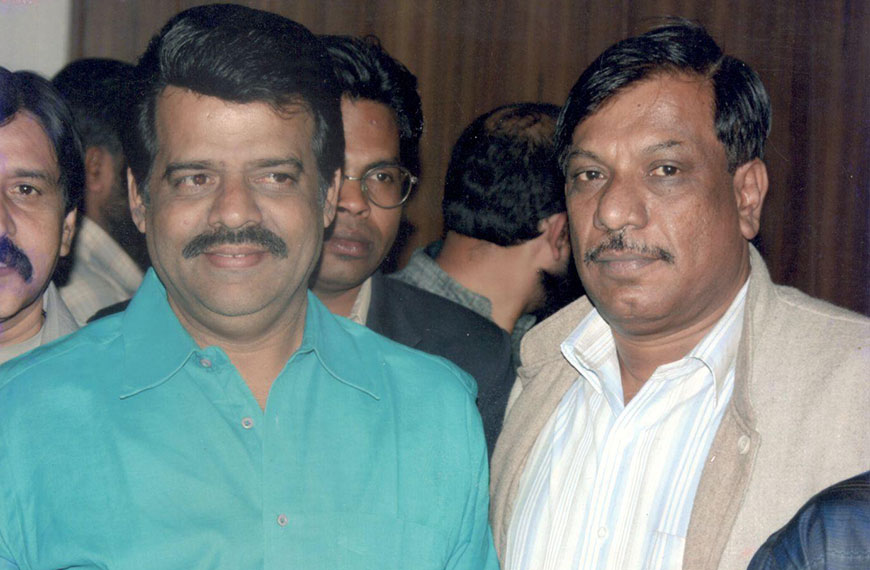 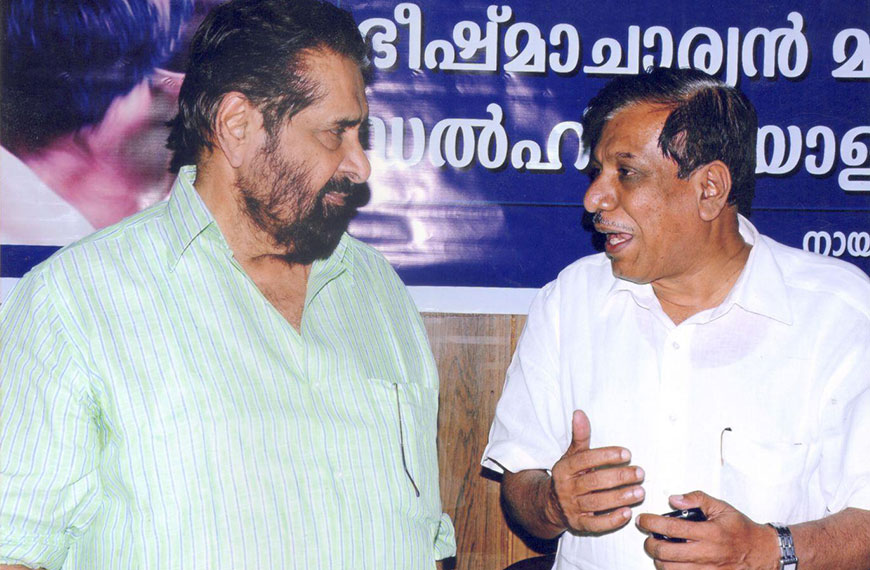 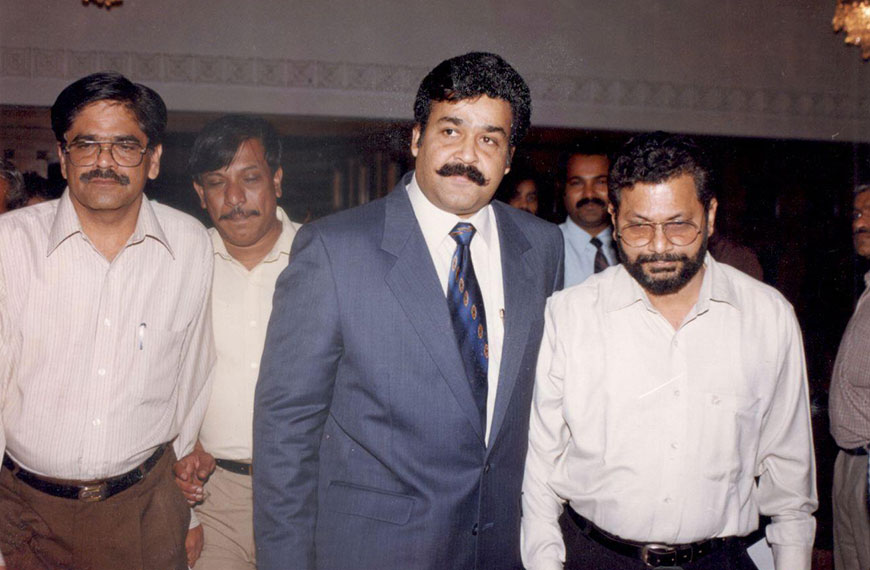 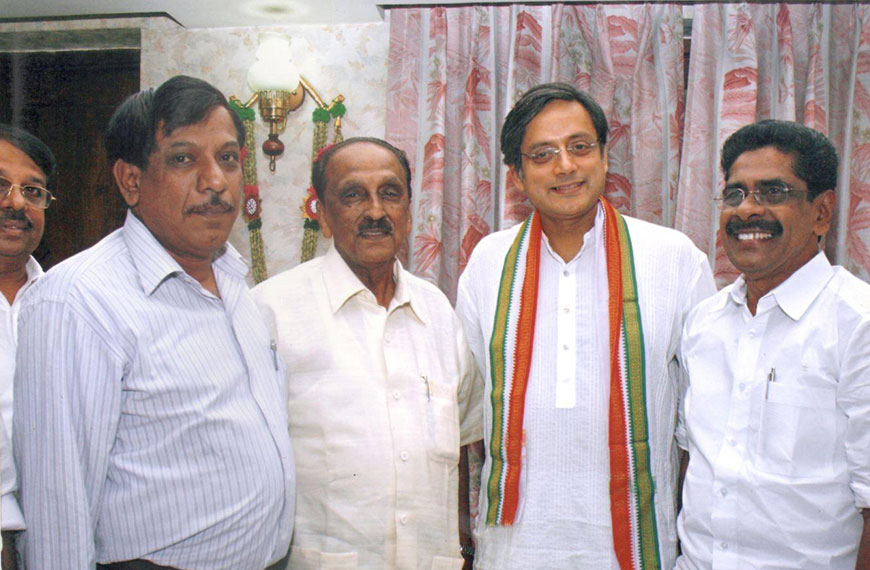 Chandran was instrumental in popularising many Kerala brand of food products in the North Indian States. His untiring effort saw many of popular Kerala brands meeting with huge success and firmly establishing in the market.

Subin Traders is associated with many prominent products of Kerala viz, Rani Food Products, Pavizham, Kandankulathil Ayuveda Products, Elite Food Products and so on. Presently, Subin traders is one of the leading supplier of food products in North India especially in Haryana, Rajastahan, Punjab, Madhya Pradesh, Uttar Pradesh and Jharkand.

Chandran is one of the pioneer social worker in Delhi and is member of various associations of Malayali Diaspora in north India.

Inspired by prominent jurist Justice VR Krishna Iyer, Chandran was associated with Sreenarayana Kendra since 1978. He carried our selfless work in helping out the members of the Kendra and also in popularising the ideas and thoughts of Sree Narayan guru in North India.

Since 1990, Chandran was the Secretary of Air Force Malayali Association for 10 years. In this capacity, he was able to help out many ex-service men in solving various issues associated with service matters and during retirement too.

Since 1997, as Area Secretary of Delhi Malayali Association, Janakpuri Unit, Chandran organized various events in the community and also helped develop the Kerala culture among the younger generation growing up in North India. He has helped organsie cultural events on important Kerala festival days such as Onam and Vishu.

For the past 20 years Chandran has been associated with Delhi Malayali Association in various capacities viz Central Committee, Executive, Treasurer, Vice-President, President and presently as General Secretary (consecutively for three times).

This has helped him to familiraise himself with the problems faced by Keralites in Delhi and hto solve various issues. He is also the Chief Advisor of All India Malayali Association, and helped in sorting out various issues faced by his compatriots.

Being the Vice-President of Pravasi Chamber of Commerce, Mr. Chandran has often dealt with officials and ministers to solve various unsolved problems of the Malayali community in Delhi and other States of India as well.

As the Vice-President of All India Railway Users Federation, Mr. Chandran has been striving to solve travel issues faced by Non-Resident Keralites in travelling to their home state. He had taken up the issues with various ministries for the past many decades.

He is also the treasure of Shree Narayana Trift & Credit Society and the Chief Coordinator of Murkoth Ramunni Foundation.

As he was associated with business of bakeries early in life, Chandran is helping out in solving their issues and is the North India Coordinator of All India Bakery Federation.

Chandran imbibed the quality of serving society from a very early age from his father who, even though he was a farmer in a remote village in Kerala, carried out social work. This instilled in the young Chandran the spirit of social work from a very early age. The ex-service man’s charity work over a period of four decade is well-known in North India.

Since the outbreak of corona virus, Chandran has been busy helping people and has little time to spare. Now, during the worst period of human crisis that the world has ever faced, Chandran’s yeoman service has become more than evident. He has been helping out fellow human beings in accessing medicines and even food articles during the COVID-19 pandemic.

Chandran has won many awards for his social work in New Delhi. Prominent among them are the Gandhi Foundation award in 2017 for great Public Work and Best Social Worker Award in the category of Malayali Prathibha. He had the good fortune of receiving the award from E Ahmad, former Minister of State for External Affairs.

Chandran is married to Ms Sugatha

They have two sons. Elder Mr Suhas Chandran who did B Tech in Computer Science from Kuttipuram Engineering College and is working in British Telecommunications. His wife Mrs Sarmata Suhas is also an engineer and is working in PWC. Both completed MBA too. Younger son, Mr Subin Charan holds a Masters degree in MBA (HR) and running own business, Subin Traders. Subin’s wife Mrs, Anju Subin is also a post graduate in MBA and is assisting in trading business. Mr Subin also actively involved in charity service like his father and he was well known in Delhi NCR during the distress period.